Posted on September 24, 2018 by visibleprocrastinations 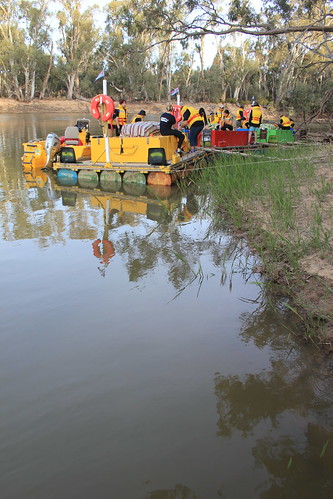 ❝ The conservation field officer promptly cut back and made the use of herbicides far more discriminate.
But it was the regular, highly-controlled burns which he credits as being the game-changer for the patches of native plants scattered through the suburban sports reserve.
He said the fire had opened up “inter-tussock” space between the grass, allowing room for dormant herbs and flowers to bloom. The fire consumed weeds, reducing the use of herbicide by half every year, he said. New species returned, and existing flora became healthier.

❝ It is all so marvelously exciting. Even though we started out on a quest for our Mystery Mountain, we ended up with a lifetime of options, and a lifetime of adventures. Every time — it doesn’t matter whether it is a storm or sunshine — it is always worth it. ❞ — Phyllis Munday

* ‘I have it’: 85-year-old runner sets new world records during 24-hour race – video (2018-Sep-24) [Guardian]
Geoff Oliver, 85, has broken the world record in his age group for the greatest distance covered over 24 hours. The veteran ultra-runner was able to walk more than 77 miles during the annual Tooting 24 race in south London.

❝ We should all be struggling to know, know then thyself. ❞ — Geoff Oliver

* Extreme Athleticism Is the New Midlife Crisis (2018-Aug-22) [Medium]
People in middle age are flocking in record numbers to intense workouts and challenging races. What are they chasing?

❝ For decades, the midlife crisis has been expressed in tired pop-culture tropes in which (usually) white men buy sports cars and carry on affairs with younger women in a doomed and desperate bid to feel young again. But increasingly, people are responding to the anxieties of middle age not by clinging to the last vestiges of expiring youth but to taking on challenges that seem to belong to the young alone: by pushing the limits of what they’re physically capable of through endurance athletics and extreme fitness. The focus is less on what happened before the crisis and more on what happens after. Call it the midlife correction.❞


PHOTOS: Another beautifully coloured day as @AvVleuten secures back-to-back rainbow jerseys in the TT as… twitter.com/i/web/status/1…

This entry was posted in 2018, links. Bookmark the permalink.