Posted on April 1, 2019 by visibleprocrastinations 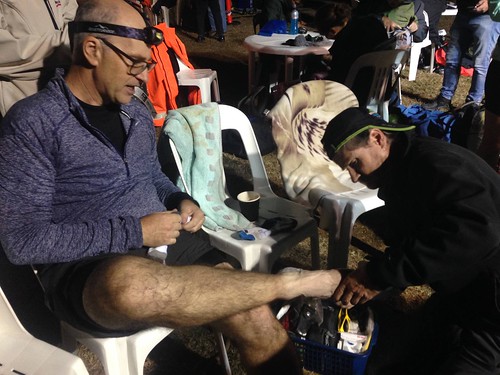 * GPS clocks are about to roll back to zero. How will this affect you? (2019-Apr-05) [ABC|News]
Because GPS time began on January 6, 1980, the first rollover transpired on August 21, 1999.
The second rollover happens this Saturday, April 6 at 23:59:42 UTC (which is Sunday morning in Australia).
If you think this whole situation sounds a bit like the Millennium or Y2K bug, you’re not wrong — it too was a “rollover to zero” issue

❝ So by all means, be adventurous. Be awesome. Be determined. Be strong. Be daring. Be committed. Be what you want to be. But for crying out loud, please, please don’t be a stubborn, pig-headed man and get sucked into that sort of bullshit competitive one-upmanship. Define your own summits. Even if they’re more like other people’s base camps. ❞

Things don’t always go the way you plan. I had a pretty severe ankle roll on the first decent and it instantly ball… twitter.com/i/web/status/1…

* 📽 The Barkley Marathons: The Race That Eats Its Young [Netflix]

* Once Again, No Participants Were Able to Finish the Barkley Marathons (2019-Apr-01) [Runner’s World]

* 📻 Old Time Radio – World Adventurers Club [Internet Archive]
by Old Time Radio Researchers Group
The year is 1932, and the nation is still suffering from the effects of the Great Depression, recovery is in sight, fueled by industry success as much as government programs. The listeners of The World Adventerer’s Club and other travelogue series in this early part of radio’s Golden Age were offered glimpses of exotic places and extraordinary events without leaving their own front room.
The renewed interest in far off lands and cultures was, at least in part, also a reflection of the political situation. Many nations during this time were expanding their influence around the globe establishing colonies and outposts. You can still hear a faint echo of this influence in the stories — some of the episodes carry a decidedly “colonial” attitude toward the native inhabitants of these countries … who are sometimes characterized in a manner that, by today’s standards, would be offensive. …