Posted on May 20, 2019 by visibleprocrastinations 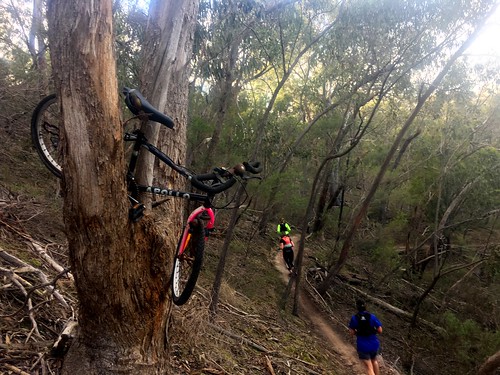 How good are franking credits https://t.co/jtyqXRV8M8

* After discussing Garmin mapping on Saturday; looks like the FR935 has the topo maps at a cheaper buy in than the 5X+
https://www.dcrainmaker.com/2019/04/garmin-forerunner-945-multisport-watch-in-depth-review.html

❝ “In my view this indicates that, whilst his level of fitness was good, he lacked experience of equipping himself for such conditions.” ❞

❝ Women are told not to run alone to stay safe, as if this is new information to us. We are raised from birth to stay together to be safe, but asking women to have to organise someone to run with every time they go out is impractical and ridiculous when you consider men are never told not run alone or to organise a group. The thing keeping women runners scared is the question if men feel that they have a right to honk, catcall or follow us when we run, how do we know what else they may feel entitled to do? ❞

* Exercise makes you happier than money, according to Yale and Oxford research (2019-Apr-03) [Business Insider]

❝ The scientists found that while those who exercised regularly tended to feel bad for 35 days a year, nonactive participants felt bad for 18 days more, on average.
In addition, the researchers found that physically active people feel just as good as those who don’t do sports but who earn about $25,000 more a year. Essentially, you’d have to earn a lot more to get you the same happiness-boosting effect that sport has. ❞

❝ RACV senior planner Stuart Outhred says the survey results are concerning. “These findings do sync up with some anecdotes we hear [at RACV] and that is very alarming,” Stuart says. “We don’t want any aggression on our roads, irrespective of what form of transport you use.”
He says further investigation into these attitudes is needed, but says that stereotypes of cyclists or motorists can be unhelpful. “Lots of motorists are also riders. When you get out of your car or step off a tram, you’re a pedestrian – we all use the roads in a multitude of ways. We need to respect each other and be safe.” ❞

* 📻 Old Time Radio – Mr and Mrs North – Single Episodes [Internet Archive]
by Old Time Radio Researchers Group
Mr. and Mrs. North are fictional American amateur detectives. Created by Frances and Richard Lockridge, the couple were featured in a series of 26 Mr. and Mrs. North novels, a Broadway play, a motion picture and several radio and television series.
Mr. and Mrs. North was a radio mystery series that aired on CBS from 1942 to 1954. Alice Frost and Joseph Curtin had the title roles when the series began in 1942. The characters, publisher Jerry North and his wife Pam, lived in Greenwich Village at 24 St. Anne’s Flat. They were not professional detectives but simply an ordinary couple who stumbled across a murder or two every week for 12 years. The radio program eventually reached nearly 20 million listeners.