Posted on June 14, 2019 by visibleprocrastinations

❝ Sobremesa is the Spanish tradition of relaxing at the table after a heavy meal. It begins after dessert is served, and typically lasts between half an hour and an hour. ❞ 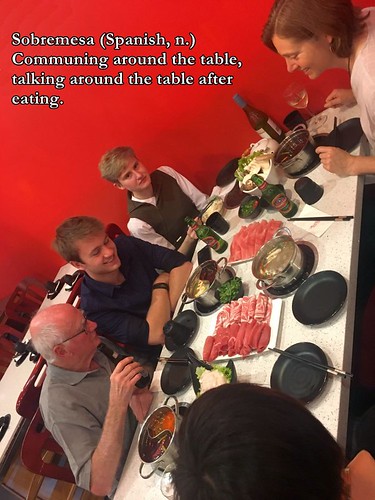 This entry was posted in 2019 and tagged #PositiveLexicography. Bookmark the permalink.