Posted on October 28, 2019 by visibleprocrastinations 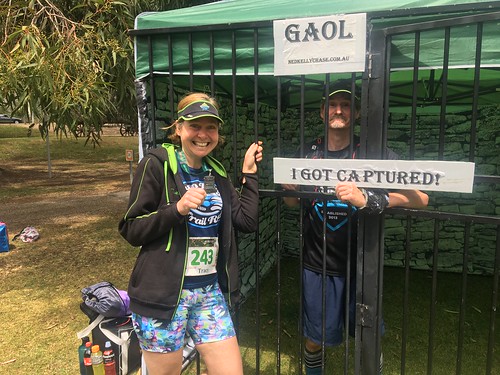 ❝ Vote for your favourite Australian bird of 2019 from our list of 50 birds – if your favourite is not included, you can nominate it below. At the end of the first round the ten birds with the most votes will automatically make it to to the final round of voting. The first round is open until 8 November 2019. ❞

* Life is short! These 101 adventurers will inspire you to live it [campsites.co.uk]

❝ There is only limited assessment of the impact of outdoor education on very young children, but studies of older kids suggest that forest schools help children forge relationships with their peers and their teachers. Not only do their socio-emotional skills (pdf) improve, learning directly in and from nature also seems to have a positive effect on cognitive and fine motor skills. And unstructured play has been shown as crucial to develop children’s imagination, creativity, attention, and independence. ❞

❝ Strava has partnered with digital mapping specialist Mapbox to overhaul its in-app global static maps. Strava suggests the new topographic maps are tailor-made for cyclists, mountain bikers and runners, and take the focus away from the car-centric features of more common (and previously used) maps. ❞

* “Affordances” (2019-Oct-26) [Slate]
A new short story by Cory Doctorow looks at how technical restrictions will start with powerless people before the rest of the world, a science fiction short story.

❝ He scanned the man’s ID and prodded at the screen. The risk assessment score was very low: The guy had great credit, his license plate was scanned making a daily commute to and from work with incredible regularity, and he’d never been arrested. His social media was “political/conservative” but not “extremist/identitarian,” which was also a score-lowerer. So many of these old white Floridians scored high on the extremist/identitarian bar, mostly from reposting white nationalist memes. ❞

* 📻 Old Time Radio – Escape – Single Episodes [archive.org]
by Old Time Radio Researchers Group
… Escape is probably the best adventure anthology ever broadcast. Escape brings together everything that was good about old-time radio drama rolled into one. The title itself almost sums up the very essence of what radio drama is all about. Each of the episodes was a micro drama carefully planned to capture the listeners attention for thirty minutes. Over two-hundred episodes were made and almost all of them are as good today as they were over half a century ago. …