Posted on November 4, 2019 by visibleprocrastinations 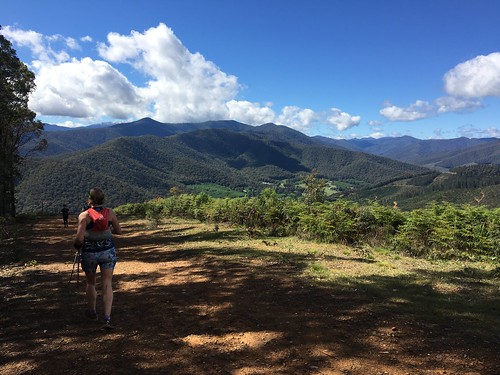 ❝ … The world understands trademarks for words that are not considered part of the vernacular. Nike created a brand name and that brand name then became the vernacular, not the other way round. Ok she was the winged greek goddess of victory but not many would win trivia with that question. Point is, we all know when a site is selling fake Nikes and trading off the brand’s reputation.
But backcountry has, according to the Miriam Webster Dictionary and other sources, been used to describe the rural areas of mountains since the 1750s. Do manufacturers and resorts and guides now have to call their skis “off piste” or “avalanche terrain only” or “that area that dare not speak its name beyond the resort ropes.”
Do skiers and boarders have to say “do you want to go skiing with skins uphill then ski down in an area not owned by a ski resort?” That’s more than a mouthful for the stoners alone. … ❞

❝ Blade Runner fans who hoped to see C-beams glitter in the dark near the Tannhäuser Gate by the year the film is set in have been left disappointed today, as we have now reached “Blade Runner Day,” or November 1, 2019, when the Ridley Scott movie is set. ❞

We did it, everyone. We’ve reached Blade Runner’s far-flung future. Enjoy your flying cars and watch out for replic… twitter.com/i/web/status/1…

❝ A hike through dense bushland might not sound like a relaxing or calming experience, but a growing amount of research has suggested spending time in nature can improve your mental health. ❞

* 📻 Old Time Radio – Dangerous Assignment – Single Episodes [archive.org]
by Old Time Radio Researchers Group
Film actor Brian Donlevy played Steve Mitchell, international operative whose had two jobs. Get in and out of danger. Donlevy had the voice and delivery to make the show sound plausible, even if it was routine Cold War brush fire stuff. Herb Butterfield was the Commissioner, a taskmaster shrouded in secrecy who served up the situations that Mitchell seems never to refuse. The Commissioner’s secretary is played by Betty Moran. She actually seems to care about the Steve’s welfare. The Commissioner is just concerned about the fare.
The worldwide locations are dealt up with a feeling of local, and the characters that inhabit these faraway places with strange sounding names are solid and capably acted by veterans. Music is an almost harsh orchestra. Donlevy carries the plots with a world-weary and wary tone that makes sense, based on his occupation. …