Posted on May 9, 2022 by visibleprocrastinations 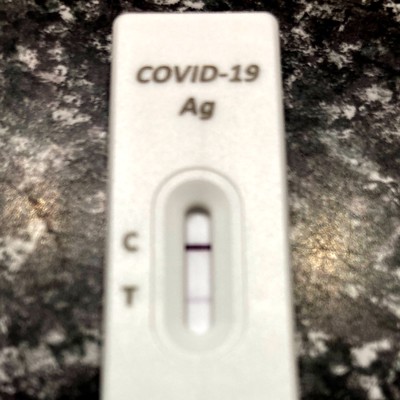 ❝ It’s hard to find words for how terrible that second leaders’ debate was. A genuine shit blizzard. It was the Jerry Springer of leaders’ debates.
Many people watching the 2022 federal election have been in various agonies about the coarsening of our politics, and the screaming superficiality of election coverage – and those two mega trends converged in a studio on the Nine Network on Sunday night.
The debate was in a completely ridiculous format. God knows why either side agreed to it. There was precious little moderation, which meant there were lengthy periods of indecipherable hectoring between two blokes in blue suits. ❞

🌳 Native species are in crisis, but you wouldn’t know it from the election campaign (2022-May-09) [The Age]

❝ There is no shortage of evidence that Australia’s unique environment and its biodiversity are in crisis, and the nation’s elected representatives are running out of time to protect what is left. Yet the environment has been almost entirely absent in this federal election campaign, with the cost of living and gotcha “gaffes” dominating the headlines.
“As we face the dual climate and environment crises, we’ve heard barely a peep from the major political parties,” says Deakin University ecologist Professor Euan Ritchie. “This does a great disservice to Australian voters.” ❞

❝ In the lead-up to the election, environmentalists have repeatedly called on Environment Minister Sussan Ley to release the State of the Environment report – a five-yearly scorecard on the state of Australia’s natural world – saying voters have a right to know more about the scale of the damage. But nothing was made public before the government caretaker period began. ❞

🏛 As News Corp goes ‘rogue’ on election coverage, what price will Australian democracy pay? (2022-May-09) [The Conversation]

❝ A fraud on the people
This abandonment of a fundamental news media obligation to truth-telling is by definition harmful to a democratic society. Not only does it rob the population of a bedrock of reliable news, it debases the entire discourse. It is also a fraud on the people by misrepresenting propaganda as news. ❞

❝ It is unfortunate that so many in the media see themselves as players in the power game, even hoping to be kingmakers by backing their sides and their preferred pollies. The bias of some has been appalling and a massive abrogation of their responsibility to hold candidates and parties to account, to demand honesty and integrity, and to force debate about policies in the national interest. Instead, they seem simply to seek to ingratiate themselves to future governments or politicians. This has become reality television for the smart kids – and it will have tragic consequences for our democracy in the longer term. ❞

❝ This is Discworld like you’ve never heard it before. With an incredible cast of names from British stage and screen, including Bill Nighy, Peter Serafinowicz, Indira Varma, Colin Morgan, Andy Serkis and Sian Clifford.
This ambitious project, taking 40 unabridged books, containing nearly 4 million words, recording over 135 days and featuring over 420 hours of audio is being produced and directed by Neil Gardner – the multiple award-winning radio writer & director – who is a life-long Terry Pratchett superfan.
The new audio editions will be publishing from April 2022 and are available to pre-order now. ❞

❝ Gather friends, for we have wonderful news! To celebrate 50 years of Terry Pratchett, we’re releasing 40 magnificent new recordings of the bestselling series in audio.
Even better, this is Discworld like you’ve never heard it before, with an incredible cast of names from British stage and screen taking on Terry’s unforgettable characters. ❞
— Terry Pratchett Books

❝ We are delighted to announce that Transworld Publishers will be releasing new editions of Terry Pratchett’s bestselling Discworld novels, starting with the six books in the Witches series together with the standalone title Small Gods.
Equal Rites, Wyrd Sisters, Witches Abroad, Lords and Ladies, Maskerade, Carpe Jugulum and Small Gods will be released on 28th April, which would have been Sir Terry Pratchett’s 74th birthday. ❞
— Introducing a new look for the Discworld novels… [Terry Pratchett Books]

This entry was posted in 2022, links. Bookmark the permalink.