Posted on May 26, 2020 by visibleprocrastinations

STEP 2 EASING RESTRICTIONS
Because of the high rates of testing and the low levels of community transmission, the Victorian Government has announced the gradual easing of restrictions throughout the state from 11:59pm Sunday 31 May 2020 [1] which will allow for a return to camping activities.

❝ From 11.59pm on 31 May, we’ll be increasing gathering limits to 20 people and allowing overnight stays.
That means you can sleep over at a mate’s or rent somewhere for a weekend away. ❞ — DanielAndrewsMP [Facebook]

END_OF_DOCUMENT_TOKEN_TO_BE_REPLACED

Posted on May 25, 2020 by visibleprocrastinations

May
❎ Week 26: Ditch the chemicals. Warm water, vinegar and elbow grease make a great household cleaner.
Have you ever looked at the labels on your bottles of household cleaner? Although traditional cleaners can be effective at getting rid of the dirt and germs that may be hiding on oft-used surfaces, many cleaners also contain not-so-great chemicals that contribute to smog and can be toxic to pets. (The EPA flags phosphorus, nitrogen and ammonia, in particular, as “volatile organic compounds” to avoid.) As an alternative, mix warm water and vinegar together (use a one-to-one ratio) with a few drops of a fresh-smelling essential oils, like lemongrass or orange. Shake to combine, then spray the cleaner on your counters, use some elbow grease to clean dirty areas, and wipe dry. The Spruce has a guide to making your own cleaners if you need additional suggestions.
Take part: May 24–30, 2020
— The Opt to Act Plan – 52 simple weekly challenges for a year of action

Posted on May 25, 2020 by visibleprocrastinations

It's #towelday & #wearthelilac today. Two authors who understood the brilliance & joy of diversity & discovery. No… twitter.com/i/web/status/1…

* Nearly half of the Twitter accounts discussing ‘reopening America’ may be bots, researchers say (2020-May-22) [CNN]

❝ Researchers from Carnegie Mellon University (CMU) have discovered that much of the discussion on Twitter about the pandemic and stay-at-home orders are being propagated by misinformation campaigns using Twitter bots. ❞

* 📻 Old Time Radio – Raymond Chandler – The Big Sleep [1977] [archive.org]
With Ed Bishop as Philip Marlowe and Robert Beatty as General Sternwood.
Raymond Chandler’s hardboiled debut brings to life the seedy LA underworld – and Philip Marlowe, the archetypal fictional detective…
California 1939…
A dying millionaire hires private eye Philip Marlowe to handle the blackmailer of one of his two troublesome daughters, and Marlowe finds himself involved with more than extortion. Kidnapping, pornography, seduction, and murder are just a few of the complications he gets caught up in.

Posted on May 21, 2020 by visibleprocrastinations
Posted in 2020, outdoors, running, Trail Running

Posted on May 19, 2020 by visibleprocrastinations

Rock/Pop group alphabet – compile your own list starting with the letters of the alphabet.
I’m taking the theme and pushing it that one step further. 😎
END_OF_DOCUMENT_TOKEN_TO_BE_REPLACED

Posted on May 18, 2020 by visibleprocrastinations

May
❎ Week 25: Use public transportation, carpool, bike or walk to one event this week.
Emissions from vehicles make up 29 percent of the total U.S. greenhouse gas emissions released, according to the EPA. By choosing not to drive even once or twice this week, you can make a small but important dent. Instead, opt to bike and take part in National Bike Month, walk, carpool or ride public transportation to work or an event. You’ll log a workout, meet some new people and help to reduce environmental pollution.
Take part: May 17–23, 2020
— The Opt to Act Plan – 52 simple weekly challenges for a year of action

Posted on May 18, 2020 by visibleprocrastinations 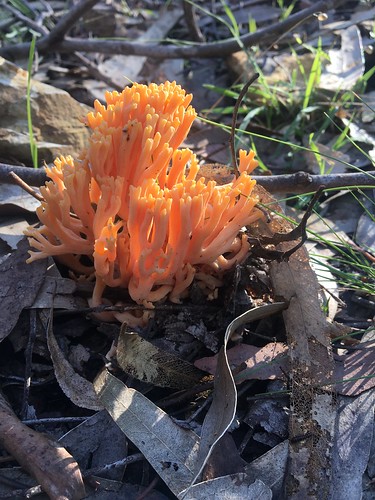 * Strava Cuts Off Leaderboard for Free Users, Reduces 3rd Party Apps for All, and More (2020-May-19) [DC Rainmaker]

❝ We’ve made some overdue improvements and changes to make sure Strava is around to motivate you for years to come. ❞

❝ But scientists, ecologists and water and soil conservationists contend the horses have been allowed to breed until they have become a pestilence on the land.
Ironically, the scientists who want large-scale culling might have had an ally in Banjo Paterson, author of the stirring “Man From Snowy River”. In a speech in 1930, Paterson spoke of how “in the early days, the wild horses got to be as big a plague as the wallabies and rabbits were in later times”.
“It seems a terrible thing to us nowadays to think of shooting horses wholesale … but it had to be done,” said Paterson.❞

❝ Sometimes there would be casual mobs of dry mares and geldings without any stallion and, as these had no foals to delay them, they would set the best rider in Australia a task to get them out of that rough country where they had no weight on their backs and knew every foot of the going. In some rough country stations in the early days, the wild horses got to be as big a plague as the wallabies and rabbits were in later times, and they used to put up trap yards with wings running out into the bush and the riders would start a mob going and would try to go with it fast enough to keep on the wings of the mob and crack the whips and send the mob into the trap yard. Then they would shoot them just like vermin. It seems a terrible thing to us nowadays to think of shooting horses wholesale … but it had to be done for, if they didn’t get rid of the horses, the horses would get rid of them. ❞
— A.B ‘Banjo’ Paterson ‘Wild Horses’
included in ‘Song of the Pen A.B. ‘Banjo’ Paterson Complete Works 1901-1941’, Lansdowne, 1983 p 580-584

* Australia is facing a ‘once-in-a-lifetime opportunity’ as cycling booms, advocates say (2020-May-17) [ABC]

❝ Australian cities and towns aren’t going to suddenly turn into Copenhagen or Amsterdam, but could they become more cycling-friendly?
Peter Bourke said Australia is facing a “once-in-a-lifetime opportunity”.
“You look at Paris, you look at New York, you look at London — these are leading cities across the world that have shown if you build it, they will come,” he said. ❞
(Peter Bourke, Bicycle Industries Australia general manager)

❝ It’s showing the disproportionate amount of street space dedicated to cars, because all that space set aside for cars is now sitting idle, while our footpaths aren’t wide enough for people walking, especially under social distancing guidelines, […] People are also using their local streets more because they’re working from home. So we’re living more locally, and recognising more the need for better quality streets for our quality of life. ❞
— Dr Mike Harris, UNSW Built Environment lecturer

* 📻 Old Time Radio – Dangerously Yours – Single Episodes [archive.org]
by Old Time Radio Researchers Group
Dangerously Yours was a half hour show sponsored by Vicks. There were sixteen episodes broadcast in 1944, with eleven of them available to collectors today. Each episode seemed to star Victor Jory as the leading man, and concentrated heavily on romance, with much airtime being devoted to lovers murmuring sweet nothings at each other, and the action and adventure being relegated to backdrop status. At the end of each episode, the announcer would give a very brief teaser for the following week’s show.