Posted on December 23, 2019 by visibleprocrastinations 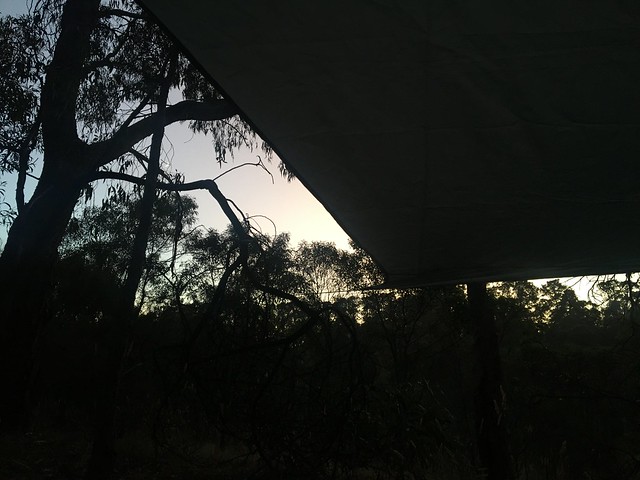 ❝ the aerial map of Melbourne in 1945 was commissioned by the Department of Crown Lands and Survey, and conducted by Adastra Airways. This is a snapshot of the city immediately following WWII, and preceding the suburban sprawl of the postwar period.
You’ll notice that there are some missing portions in the 1945 map – notably the areas around Wantirna, Blackburn and Frankston. Unfortunately the original photos covering these areas seem to be lost to time. ❞

❝ However, there is evidence the original trees have survived fires in the past, according to Dr Maurizio Rossetto, a senior principal research scientist at the National Herbarium of NSW.
“The population appears to have been submitted to fire before, the trunks are black and charred, so it really depends on the intensity of the fire and that impacts the trees and the vegetation surrounding them,” Dr Rossetto said. ❞

* Digital feature: Taking a Sketchbook for a Walk by Liz Wakelin (2018-Dec-19) [The Great Outdoors]

❝ There’s something very pleasing about seeing words intertwined with the sketches. It is a joy to sit and stare: to gaze at a view and record it. ❞

* 📻 Old Time Radio – OTRR Certified Cinnamon Bear Singles [archive.org]
by Old Time Radio Researchers Group
The Cinnamon Bear is an old time radio program produced by Transco (Transcription Company of America), based in Hollywood, California. The series was specifically designed to be listened to six days a week between Thanksgiving and Christmas.
It was first broadcast between Friday, November 26 and Saturday December 25, 1937. Some markets like Portland, Oregon jumped the gun, debuting the program on November 25, Thanksgiving Day. In the first season, Portland broadcast the program on two stations, KALE at 6:00pm and KXL at 7:00pm.